Things Just Ain't The Way They Used To Be 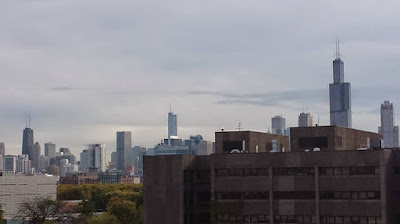 What a world we are living in these days.
Here in particular in Chicago, what with the mayoral election coming up very rapidly with as many as 13 or 14 candidates still in the race.
Rahm Emanuel is the outgoing mayor (he decided not to run amid the sagging polls in his second term) and there are perhaps five, maybe six people with a real shot at becoming the next mayor in the "City of Big Shoulders."
Chicago still is and always has been a blue collar town, though many would like to see that change.
Politically speaking, the city of Chicago has a style all its own and that really is a good thing. We are a strong Union town and continue to be even with the former governor Bruce Rauner and his rich cohorts trying to weed the working people out in terms of a real living wage.
Not here in our city, pal !
J.B. Pritzker blew the doors off Rauner and his rich cronies in the last election and the Illinois General Assembly is a DEMOCRATIC PARTY POWERHOUSE with a super majority in both the state House and Senate, led by Michael Madigan (House Speaker) and John Cullerton in the Senate.
The rich and greedy corporate types need not apply here in Illinois, the bluest of the blue states in the United States of America.
We get it done the right way here, especially in Chicago.
Take the right wing bullshit and jam it you know where.
However, one thing that isn't quite the same is the political gabfests on the radio and internet podcasts have to counter that in a big way it seems.
The so called progressive radio station in Chicago (WCPT-AM 820) recently sold off the FM simulcast of their programming and then without any real explanation fired their local political talker Ben Joravsky in afternoon drive time.
Terrible decision !
But the higher ups at that station have been going more mainstream in recent times and are bringing a more "centrist" type of sound to the station. Hell, even Norman Goldman is going away in the near future.
Mr. Goldman is a lawyer by original trade and with the grooming of the late Ed Schultz, who was a true progressive radio host and was at his zenith ten years ago when Barack Obama became President of the United States, and has admitted the radio powers that be in this country we still call a democracy do not want the left wing style of politics being bantered about in a free and easy manner.
That is horseshit folks !
We need a countering point of view to the zombie like mantra the people listen to when they turn on political talkers across the land and it is constantly Rush Limbaugh or Sean Hannity or Hugh Hewitt or any other right wing nut job that comes to mind.
Norman Goldman had a style all his own (including comedic voice drop ins to add a great blend of humor to the political scene) and has been a refreshing change of venue from the same, old tired bullshit people are used to listening to in the political talk arena. Problem was he was definitely independent thinking and the revenue just wasn't there.
So once again the big money forces out another brilliant political talker. Goldman was a master at sniffing out the right wing trolls (paid shills or otherwise) who would try to dictate the direction of his daily shows with their silly talking points.
WCPT-AM 820 has carried The Norman Goldman Show since early in 2010, so it is out of their hands in that regard in losing Mr. Goldman's talents. They get a mulligan on that one. Here is hoping the management team in charge does the right thing and puts a real witty talent on the air in that time slot (5 to 8 pm CST) in the future days ahead.
Ben Joravsky comes to mind, but there's no way that is going to happen.
Chicago can continue to set the standards for the rest of the United States of America about what it truly means to be "freedom ringers" in this day and age. In other words, don't conform to the sellouts who are intent on taking over every damn thing they set their eyes upon.
Greed kills.
We have a perfect example of that bullshit residing in the White House right now and that cannot continue to be accepted.
No way, no how.
Look at the inept goings on in our nations capitol these days with "The Donald" and Mitch (Turtle) McConnell is charge of things. The House has a lot of cleaning up to do now that Speaker Nancy Pelosi has the gavel once again. It will take time and a real, honest presidential election in 2020 to get the riff raff out of the Executive branch and the U.S. Senate as well.
Things are not the way they used to be and of course change is inevitable in any facet of life. But change just for the sake of change isn't necessarily a good thing.
Do the right thing WCPT-AM 820 and give the people what is really needed . . . difference makers on the radio talk shows. Not vanilla style political talk or conformist bullshit.
Now is the time and the opportunity is there.
Make it happen for the sake of the future of this nation.
That is what can be a positive change - a change for fairness (doctrine) and opportunity for all the people, not just the greedy and the so called elites.
Make it happen. 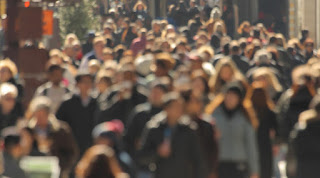 It's been quite awhile since the last time, so here goes with a variety of topics, both political and non political.

Why is it that a character like Roger Stone (holdover from Richard M. Nixon days 45-plus years ago) is still relevant in today's political climate? Unreal how that happens with the same retreads in Washington, D.C. politics. But then again, Donald Trump is the president, so these days anything is possible.

The Donald Trump Tax Plan that the republicans rammed through in late 2017, how's that working out for the rest of the 99 percent, especially middle and lower income earners who can no longer get the write offs from previous tax plans enacted by the U.S. Congress?

On the bright side, Democrats now control the U.S. House, so there is at least a check on the power of the presidency and the GOP led U.S. Senate.

How about Trump trying to be slick and do a Nixonesque move to get his flunky in as Attorney General in a desperate attempt to quash the Mueller investigation? There are those who say that isn't the case, but come on now. We (at least those of us who were around during Nixon's time) have seen this before. By the way, Nixon was forced to resign to avoid impeachment.

There is no excuse for what is happening in Virginia politics (racism and sexual assault are hideous and inexcusable) but why didn't any of this come out during the campaign prior to the election of these people? This whole thing stinks and looks like a plot for the republicans to grab back the power they lost in that state in the last election.

The New England Patriots won another Super Bowl last week, their sixth title in the last 18 seasons in the Bill Belichick-Tom Brady era. Impressive indeed, but by now the dynasty should be over. Shows this football fan the league is not what it once was.

Baseball legend and Hall of Fame player Frank Robinson passed away this week. He was the only player in MLB history to earn Most Valuable Player honors in both the National and American League.

In Chicago, the mayoral race for the upcoming election at the end of February (which will likely wind up with a run-off election in April between the top two vote getters) is heating up. The endorsements have so far been spread among the many candidates. That is good because the big money seems to be backing Bill Daley, son and brother to the former Mayor (Richard J. and Richard M.) Daleys.

Spring training begins in the next week or so with pitchers and catchers reporting. Always good words to hear for baseball fans.

Trump needs to give it up already and just forget about the wall he promised to his base three years ago. It ain't happening dude.

One more thing, the 2020 presidential election is less than two years off, so get ready for all the frolics presented by the networks and the dark money telling you how to vote. The only thing for me is to vote my conscience as well as my wallet. The rest of it is out of my control.
Choose wisely when the time comes.

With the recent sub zero temperatures throughout the country, it's good to know that spring is only a little over a month away.

The New England Patriots defeated the Los Angeles Rams, 13-3 to win Super Bowl 53 (in Atlanta) in what is now the lowest scoring game in Super Bowl history.
It was the sixth Super Bowl title for the Patriots in the Bill Belichick-Tom Brady era, dating back to the first Super Bowl victory 17 years ago to the day.
Patriots running back Sony Michel (94 yards rushing) scored the only touchdown of the game on a two-yard run midway through the fourth quarter and the defense came up with a huge turnover (Stephen Gilmore interception of Jared Goff pass at the Pats' 4-yard line) to keep the 10-3 lead.  From there, New England kicker Stephen Gostkowski made a 41-yard field goal with just over a minute remaining to seal the game.
Patriots wide receiver Julian Edelman (10 receptions for 141 yards) was named the Most Valuable Player for Super Bowl LIII. 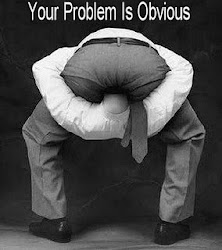 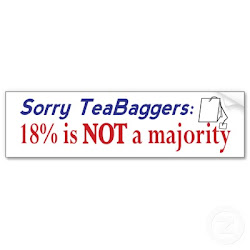 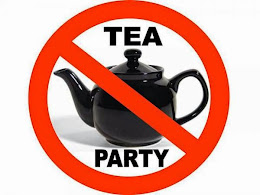